From Spain to Morocco 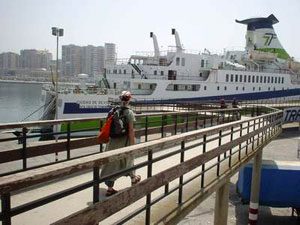 We took one of the many cheap flights to Malaga (about 70 euro one way Stockholm-Malaga with www.sterlingticket.com).