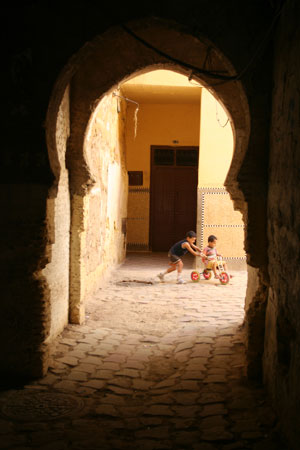 Meknes is often ranked as the third most important of the five imperial cities (after Fez and Marrakech) and I'm willing to agree. Compared to the first two I find Meknes a lot less interesting but it has still more to offer in terms of medina and old arcitecture than Rabat and Casablanca.